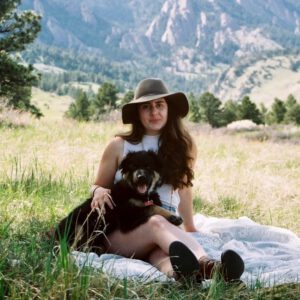 I remember being in culinary school 10 years ago, and Momofuku was all the rage. Momofuku is a world renowned restaurant from the creative mind of David Chang that opened in 2004. By the time I was in college in 2008, it was all any of my chef friends could talk about. Though I have been to many countries in the world, I have never been to North or South Korea (David Chang is American, his father is from North Korea and his mother is from South Korea). I have also never been to Momofuku. However, I think that my love for Korean food was probably sparked back in culinary school, when Momofuku was all the buzz around campus. Everyone wanted to make the four hour drive to New York City to try David Chang’s ramen (which is not Korean by the way). I think that’s why I like his food so much. It’s all fusion, which is also how I like to cook.

If you’ve been following the blog at all, you will have noticed a strong Asian influence in my cooking. This dish has actually been on my mind for sometime. It just so happens that when I recently started reading the Momofuku cookbook from cover to cover, I saw this dish in there. Perhaps, being the creative genius that I am, I made this dish up on my own and it was pure coincidence that it was also in the Momofuku cookbook. More likely, I saw this dish in the cookbook years ago and just recently thought to make something similar.

David Chang uses ground pork in his dish; obviously we won’t be doing that here. There are also a few other variations to this recipe, but mine is certainly reminiscent of his, and it would not be right to not fully acknowledge that here. The Beyond Sausage mimics the flavor and texture of the pork so well that I think that you would be hard pressed to find someone who can tell the difference. Maybe if you knew David Chang he could… Anyway, this dish is a perfect nod to my love of Korean cuisine; as well as to one of the first big chefs I started following when I started this journey many years ago.

*I used the sausage for this recipe because I think it most similarly mimics the pork in David Chang’s original recipe. However, this dish would also be good with Beyond Meat, Impossible Meat, or any other plant based meat. You could even use tofu or TVP. *Rice cakes can be found in the frozen section of most Asian grocery stores. *Ssamjang a Korean fermented soybean paste similar to the Japanese miso paste. It can be found in the pantry section of most Asian grocery stores. 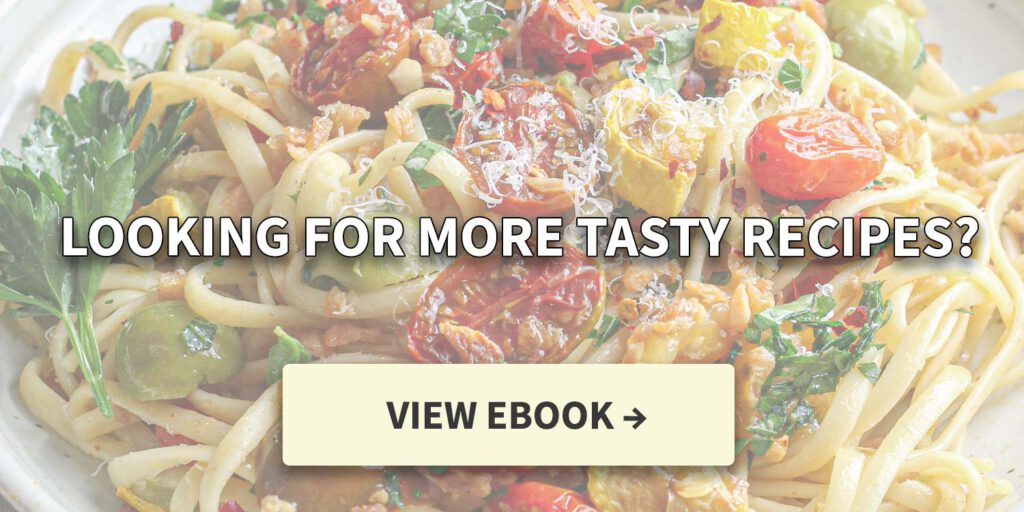 Receive the latest vegan recipes straight into your inbox! You can sign out at any time. 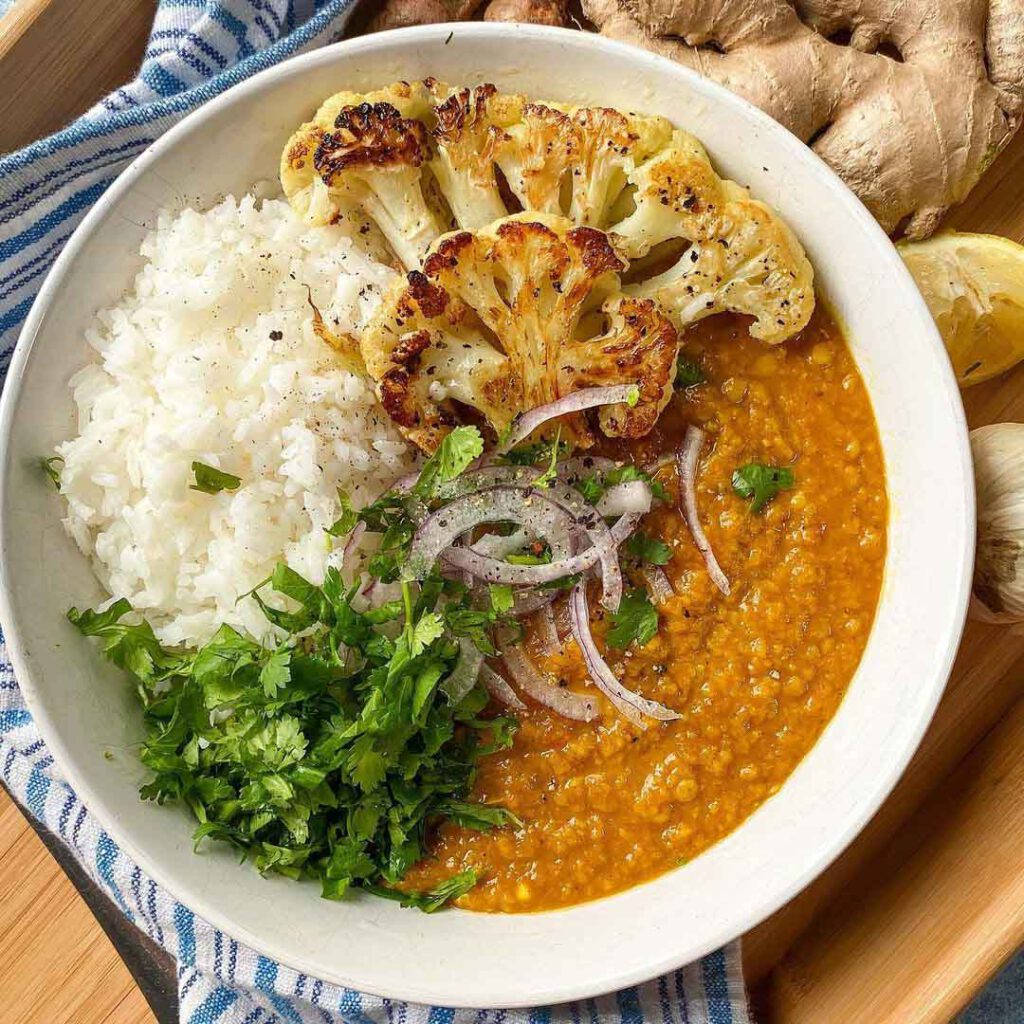 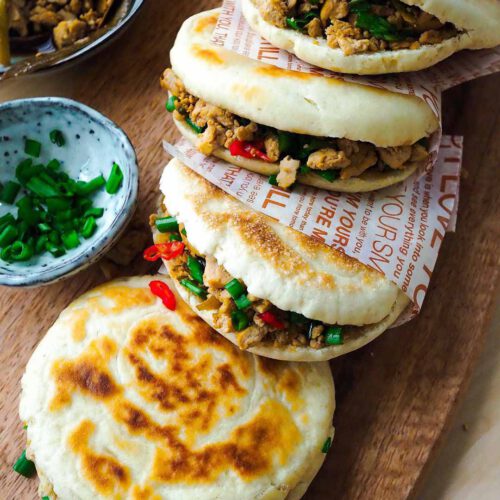 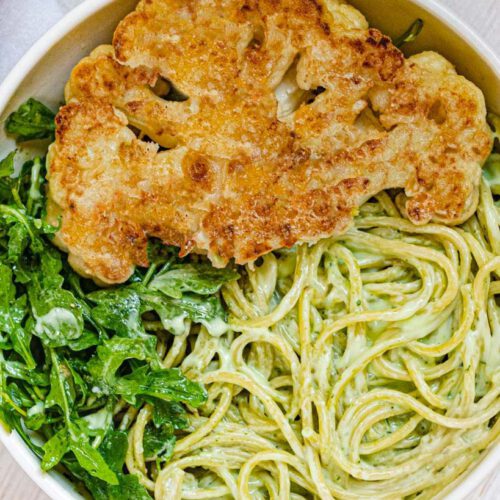 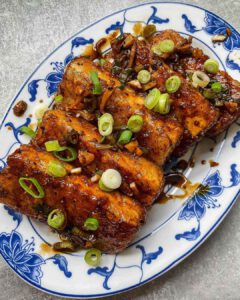 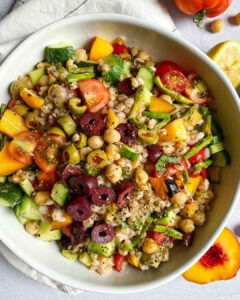 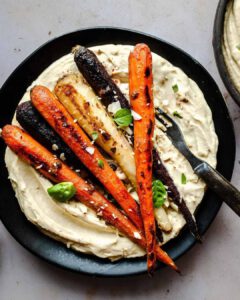 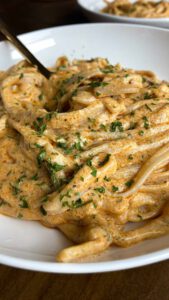 sign up to receive new recipeS in your inbox!

We’ll send the latest vegan recipes straight to your inbox! You can sign out at any time.